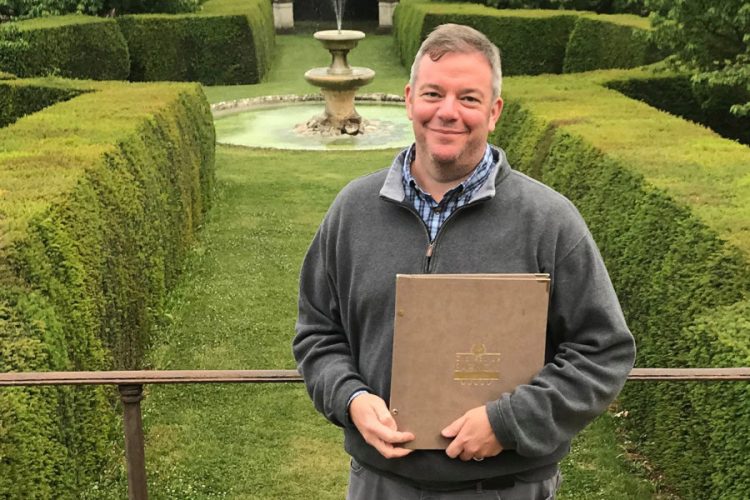 Accessibility in its youth, contributes complexity at the table, easy drinking by itself, killer pricing. That’s Barbera d’Asti. (Heat Porter)

One of the most respected and beloved sommeliers working in the U.S. today, Heath Porter has run some of the country’s most prestigious wine programs.

He’s also one of the nicest, funniest, and most popular figures on the current wine education and collector circuit, often appearing at Food & Wine magazine festival events. He’s worked in every aspect of the restaurant industry and today runs Heathen Wine Tours, an exclusive and intimate wine and food tasting travel experience, including trips to Portugal, Italy, France, California, and Chile among others.

What was your first experience with Barbera d’Asti?
I first fell in love with Barbera when I lived in Hawaii. New world Pinot was the hottest gig going and I loved it, but I wanted a more balanced wine with earth, fruit, acid and soft edges for fusion cuisine and a stellar price point.

What do you like about Barbera d’Asti as opposed to other top Italian grape varieties?
Accessibility at a young age and again incredible value. I also think that many Italian grapes are hugely in need of food, yet Barbera can easily be consumed with a puppy and a fireplace!

Barbera is often called “the ultimate food wine,” thanks to its freshness, bright fruit flavors, and versatility. What’s your favorite traditional pairing and your favorite creative pairing?

Again, these wines are great with anything on the table including the tablecloth. Asian influences, like spice and salt can be nightmares for many wines, especially tannic and alcoholic reds. The softness of Barbera absorbs some of these flavors without overwhelming ingredients like raw fish and lighter veggies. Traditional? Give me eggplant, local goat cheese stuffed pasta or I really love braised rabbit with Barbera as well. Not so classic dial up some channa masala with light spice.

Are your clients familiar with Barbera d’Asti?
Not always, but that’s called job security, right?

Do your clients associate Barbera d’Asti with Piedmont? (If not, where do they think it comes from?)
I do feel that the guests who are familiar with Barbera are somewhat cognizant of its general vicinity. I would say most would think around Alba?!?!

What’s your advice to Barbera d’Asti producers on how to reach American sommeliers and consumers?
I think many sommeliers look at Barbera as a secondary wine behind any Nebbiolo produced by the house. So it becomes a “little brother wine” while you’re waiting for the “big boy juice” to age. But as we’ve touched on above, Barbera has 4 things going for it that rarely any other wines carry. Accessibility in its youth, contributes complexity at the table, easy drinking by itself, killer pricing. If you look at those 4 things to judge all grapes by, very few tick all 4 boxes.