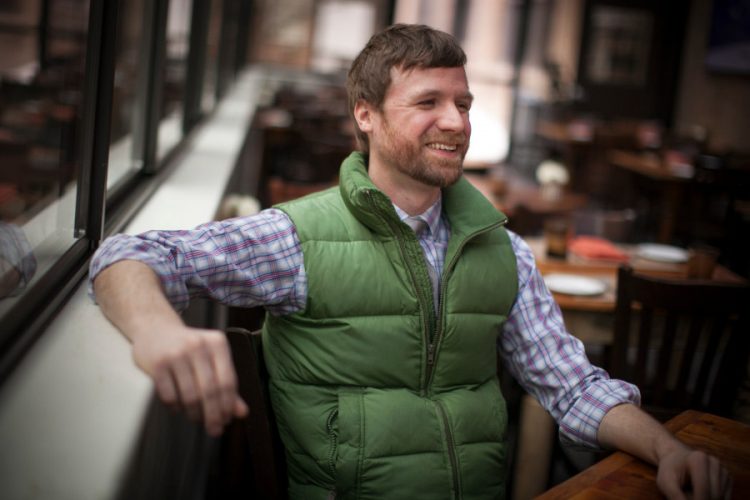 I fell in love with Barbera d’Asti the first time I opened it for guests, as did they, and it quickly became a go-to recommendation for me. (Steve Wildy)

As the beverage director for the Vetri Family restaurant group in Philadelphia and wine director of its flagship Vetri Cucina — considered by many to be the best Italian restaurant in the U.S. — Steve Wildy is one of the top Italian wine buyers in the country.

He’s one of the most widely admired sommeliers in the American wine community and is known as much for his encyclopedic knowledge of Italian wine as his devotion to world-class wine service.

What was your first experience with Barbera d’Asti?
When I started as the wine buyer at Vetri Ristorante in Philadelphia. Barbera d’Asti was of chef/owner Marc Vetri’s all time favorite wines. As a result the cellar had several vintages. I fell in love with it the first time I opened it for guests, as did they, and it quickly became a go-to recommendation for me.

What do you like about Barbera d’Asti as opposed to other top Italian grape varieties?
For a sommelier, Barbera d’Asti is like the item in your wardrobe or the tool in your toolbox that you never knew you needed, but can’t live without once you discover it. Guests find it approachable and unique all at once, and it is extremely acrobatic in its versatility, matching with an impressively wide range of palates, cuisines, and occasions.

Barbera is often called “the ultimate food wine,” thanks to its freshness, bright fruit flavors, and versatility. What’s your favorite traditional pairing and your favorite creative pairing?
I love Barbera with truffles, more so than Nebbiolo even, as for me a touch more delicacy and fruit gives truffle’s singular flavor a wider range and a larger stage to perform on. I also find that Barbera has a coy earthiness that is just waiting to be coaxed out by truffles and other savory ingredients. Less traditionally, I love a light, fresh Barbera with tuna crudo or sashimi and find this match to be a great head-turner and conversation starter when employed on a wine pairing menu.

Are your clients familiar with Barbera d’Asti?
Yes, increasingly so, but I’m not sure that their familiarity extends beyond the grape and to the unique characteristics of the Asti DOCG.

Do your clients associate Barbera d’Asti with Piedmont?
In my experience, generally yes.

What’s your advice to Barbera d’Asti producers on how to reach American sommeliers and consumers?
I think there is great benefit to supporting the stories of any region’s iconic producers and their protégés. The American sommelier and consumer audience responds well to legends of trailblazers and iconoclasts, and takes special note of an appellation when they fall under the sway of a particular pioneering winemaker or label. I have witnessed many examples of this over the years and have especially enjoyed seeing lesser known producers of those regions gaining greater exposure as a result.